At Simply Electricals, we are keen to bring you all the latest news about new and emerging home entertainment tech and the industry rarely ever stands still. Whether it’s a brand new soundbar or a sound system that offers the most immersive audio ever - there’s always something in the pipeline.

Now, you may or may not already know, two of the biggest new TV technologies to appear at CES 2021 were LG’s QNED and Samsung’s Neo QLED. They’re technologies that sound very similar, but are they? We’ll that’s exactly what we look here and hopefully provide some clarity on the subject. 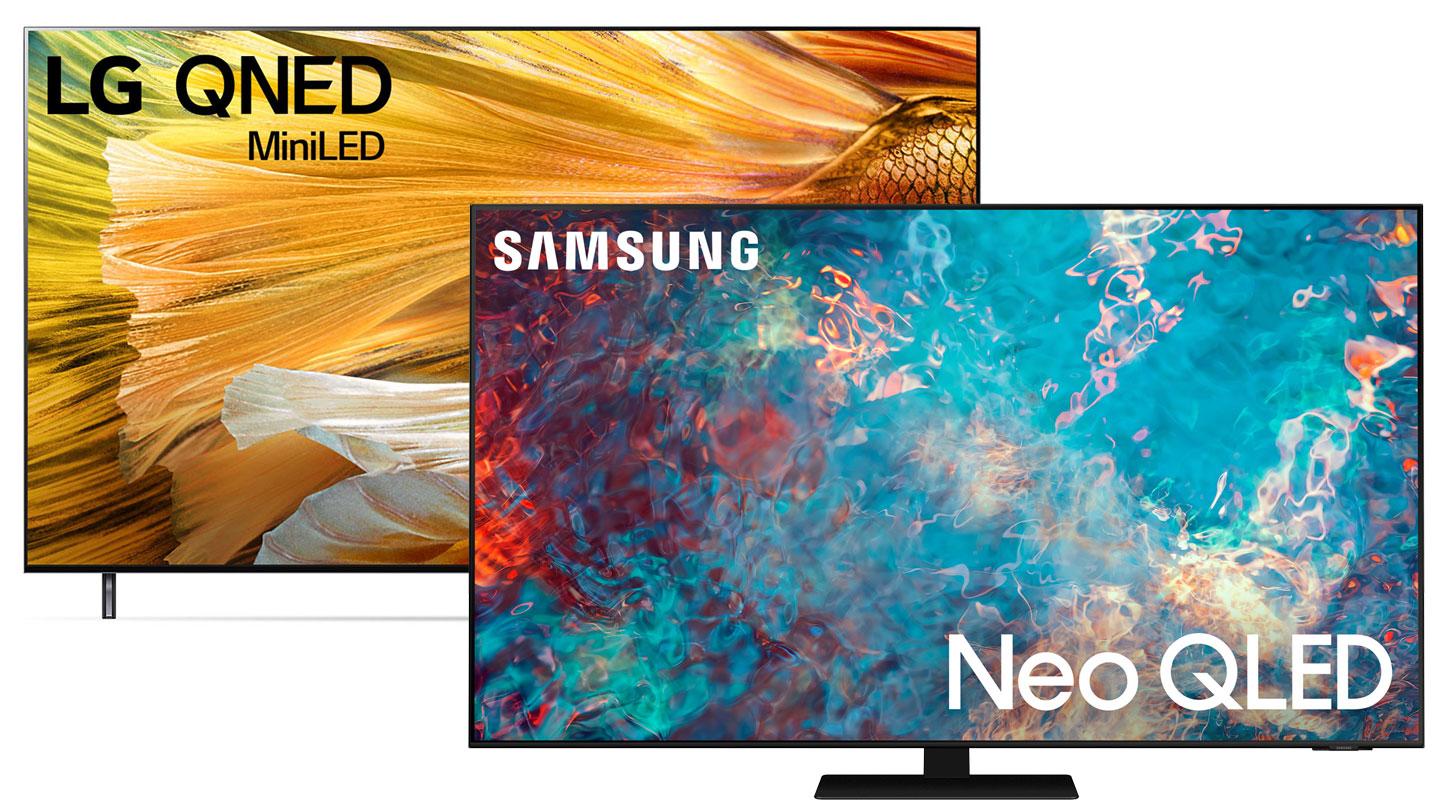 So, What Exactly Are the Differences?

Ok, so this year both Samsung and LG are focused on narrowing the gap and also improving the picture on their award winning TVs. They have done this in a very similar way, employing more minute, denser mini-LED backlighting to offer improved image quality - with a particular enhancement in colour reproduction.

One difference that may exist is in the colour filter layer that each manufacturer uses, as we know that Samsung has already switched to a vertically-aligned LCD (VA). Nothing official has been said by LG about their QNED TVs, but it’s most probable that they’ll remain using their In-Plane Switching (IPS) displays.

VA technology is known to offer better contrast than IPS equivalents, however it does result in reduced viewing angles. So, in this particular aspect, it would seem to be a straight choice between improved HDR contrast versus smaller viewing angles, which might sway you one way or the other - depending on how you and where you use each TV.

Of course, there are many other ways that QNED and Neo QLED can be separated in terms of hardware and software, but they both attempt to solve the colour and contrast deficit between LCD and OLED in the same way. So, if you’re comparing the two technologies, they’re almost identical - save for the colour filters that each line of TVs use.

Two Affordable TVs to Watch Out For In 2021

Whether you ultimately invest in a Samsung Neo QLED or a QNED TV will come down to what each TV offers overall in terms of visuals, audio and style. They’re both TVs that claim to offer near-OLED performance without the eye-watering outlay of a premium TV and when officially launched and placed side by side, there may be a big difference in performance. However, when comparing QNED and Neo QLED technologies in isolation, there’s not a great deal of difference, but they’re still two top TV ranges to look out for in 2021.

It will be a month or two before we’re able to tell how the two lines of TVs match up, but it’s sure to be worth the wait when they arrive. The Simply Electricals team is certainly excited to see what kind of visual and audio performance each one offers.

If you would like to know more about this or any of the many awesome TVs currently available, you should take a look around our website. If after doing so, you have any questions you’d like answering, we’d be more than happy to do so and you can get in touch either by calling us on 01204 201124 or by using the handy live chat box on our homepage.