What Exactly is Samsung Neo QLED?

Hello and welcome to another Simply Electricals blog. We like to be as helpful as we possibly can to the tech-buying public and as we’re into a brand new year, we’re here to tell you about some brand new Samsung TV technology. The Samsung Neo QLED is one of the South Korean manufacturer’s innovations for 2021 and so, we’re going to take a closer look.

QLED has been around since 2017, but Neo QLED is the next generation - offering even more vivid and realistic pictures. So, let’s waste no more time and get into the nuts and bolts of things. 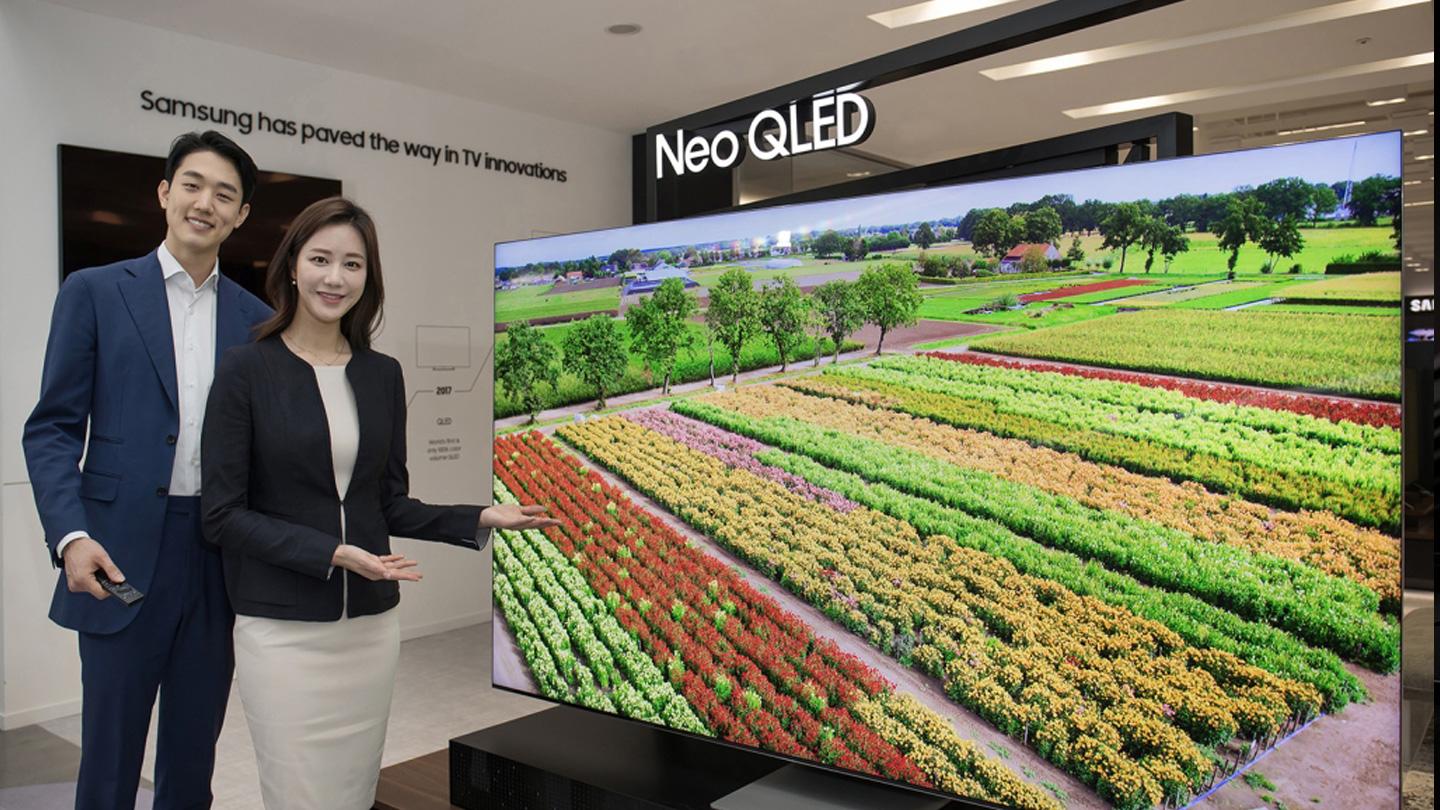 So, when talking about Neo QLED, we’re talking about Samsung’s Quantum Matrix technology combined with their Neo Quantum processor. Admittedly, at first glance, it is pretty confusing, but we’ll try and provide some clarity.

Essentially, the main feature of this technology is that the LEDs used to backlight the screen are smaller. These mini-LEDs are one fortieth of the height of the old design and the result is increased picture density. As yet, Samsung haven’t released the exact quantity of dimming zones for these new screens, but it’s achieved through the removal of the lens and packaging and replacing it with a super-thin microlayer that guides the LED light.

Quantum Matrix technology allows for ultra-precise dimming, improved local power distribution and a brand ability to boost ‘Black Detail’. In addition to this, the Neo Quantum Processor provides 16 separate content upscaling neural network models which is great news for anyone with a 4K or 8K TV as it can really squeeze the most out of the content viewed through it.

Additional features of the Neo QLED include enhanced local dimming capability thanks to 12-bit LED brightness control steps - although it’s not a given that one of these panels could support 12-bit HDR viewing. Important for gamers, Neo QLED televisions also offer Nvidia G-Sync support and a 120Hz refresh rate.

So, What Does This Really Mean for the Viewer?

Well, when you get in front of a Samsung Neo QLED TV, you get to enjoy even brighter colour density, more controlled black areas and an unsurpassed content upscaling capability. Basically, this means jaw-dropping pictures and visual performance that will absolutely not be left wanting.

They’re yet to be released, but we’re sure they’re going to be available at a premium price, so if you invest in one, it will likely cost a pretty penny. That said, when have the top TVs on the market not been in this kind of cost bracket and what price on getting the absolute best there is?

Looking Forward to Unboxing One Later In the Year

It’s always a special day when you get to unbox a cutting-edge TV from one of the big boys like Samsung and this year it will be no different. Neo QLED TVs are set to be launched later in the year and we can’t wait to see what they actually deliver once we’ve unboxed one and put it through its paces.

Until then, like you, we can only imagine exactly what’s in store. In the meantime, if you’d like to take a look at the current range of top TVs, you can do so by taking a look around our website. If after having done so, you’d like some advice, just use the handy live chat box on the home page or give us a call on 01204 201124 and a member of our friendly team will do their best to assist in any way they can.